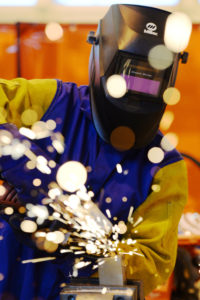 Analytics in the context of business, is about how an organisation arrives at the optimal decision based on existing data. Leaders may choose to make decisions based on past experiences or rules of thumb, or there might be other qualitative aspects to decision making, but unless data is considered, it would not be an analytical decision-making process.

In the modern context, popular areas for analytics are detailed below

It is interesting that Manufacturing does not feature in this list. Which is unexpected because the modern industrial setup over the last century has been built on capturing all kinds of data and developing techniques derived from inferences of its analysis.

Data driven decision making in the history of manufacturing

Modern industry has been built on manufacturing, and manufacturing has used data analysis right from its inception. Way back in the 19th century, Frederick Taylor conducted Time management exercises, which was built on by Henry Ford for pacing his assembly line. These fundamental methods laid the groundwork for effective assembly line management. Data analysis got raised to another level with the introduction of computers, and as ERP systems started getting prevalence on the factory floor.

Business reporting operated as a summary of the present on the factory floor. Sophistication came in the form of segmented workflow analytics. This meant detailed function level information was gathered and saved, and available in segregated information silos. While this helped different functions to record its data independently, it decimated any chance of having an overall view available easily. Especially in the era of the hand-written ledger (still true for a surprisingly large minority today). An organisation level snapshot was expensive to generate and thus only available with a specific periodicity, with little ability to slice data across a different dimension and barely any historical reference. And this problem grew as a business grew larger

As computers entered the office in the 1970s, they brought what were called ‘Decision Support Systems’ (DSS) with them. This is the popular transactional workflow tool we are now familiar with. Fundamentally, they helped declutter the office desk by doing away with paper files going from one department to the other. But their biggest impact, by a comfortable margin, was the organized recording of activity carried out in the organisation. Suddenly decision makers could combine data from different areas of business relatively inexpensively. Only the effort of defining the linking rules was needed. This allowed them to get a organisation level view far more frequently, and thus gave them the agility to respond far faster to trends than before. And as the cost of preparing data for review plummeted, the decision-making could be delegated lower down the hierarchy. The senior leadership could thus focus on making the right strategic calls, rather than operational ones.

In the following decades this basic premise was built on, as more and more areas of the business came under the purview of an IT tool. Technology kept on getting cheaper and cheaper, and thus more granular data about any process could be stored.

What is happening to all this data? It is not as if the decisions to be made have changed. But as we have already mentioned above, companies are able to make these decisions far faster than before. For example, Macy’s can re-price all of their merchandise, all of their SKUs in 20 minutes, not 24 hours.

Modern analytics use cases in manufacturing

Big data analytics can potentially combine and analyse real-time information in every step of the production process. Decisions driven by these real-time insights can help improve the bottom line, or release resources which can focus on growth. The key target areas for analytics impact are discussed below:

In 2016 manufacturing did not even feature in the top 10 industries using big data analytics. Which given manufacturing’s history of scientific study based improvements seems odd. However, even today most companies spend inordinate amounts of time just to combine disparate datasets to achieve a consolidated view. While there is a more fundamental issue to be addressed, below are a list of operational challenges which hobble even well-meaning initiatives.

Potential Roadblocks to Reaching the Implementation and Execution Phase

Many organisations already possess systems that produce reams of data for various tasks through ERP tools, manufacturing execution systems (MES), sales and marketing campaigns, product life cycle management, and emerging technologies, such as the interconnectivity of devices as part of the IoT.

Yet to date, few businesses have the capability to assess and take advantage of data produced by such solutions, let alone integrate information to discover variables or trends that can be acted upon. Manufacturers may be analyzing just a fraction of the information as stand-alone, static data sets to determine what happened in the past instead of trying to discover what the information tells them about the future.

Shortcomings inherent in current systems can pose challenges even when manufacturers are in the early phases of exploring a big data solution. In many cases, legacy technologies that companies are using have not been designed to facilitate open access to data.

What’s more, a company’s business information technology solution often comprises a mishmash of systems that IT departments and various vendors have patched together over several years. Some manufacturers find it difficult to convert data from those piecemeal systems into exploitable information.

Determining whether to implement cloud-based or on-premises software solutions when considering a technology upgrade has the potential to stall decision-making and subsequent action. While there are pros and cons to each approach, stakeholders can get bogged down by complex considerations, such as costs, security, user access, possible regulatory requirements, and deployment and scalability.

Planning to add or beef up ERP and MES solutions — or build an interface between the two — can spell disaster if the systems are not paired thoughtfully or implemented in a thorough and robust manner. The systems may end up tracking irrelevant business units or processes, for example, while burying relevant information. In other cases, the systems may produce the information a manufacturer initially wanted, but the company learns too late that it needs to be combined with other data that cannot be generated.

When manufacturers use several different systems that silo data or have been highly customized, it complicates integration — even when the systems are providing relevant information. Myriad locations around the globe that typically generate decentralized data streams further muddy  integration efforts.

A dearth of workers who have the capacity to analyze and derive meaning from the available information poses one more stumbling block. While companies want to employ smart people who understand all facets of the business and manufacturing process, making sense of massive volumes of data requires specialized talent that is in short supply.

Companies need analytics tools that can help them report on and visualize data easily so they can take carefully considered action. While organisations need people who can work with the data, they also need tools that enable non-data scientists or analysts to interpret and apply data insights.

Quick wins to up the game in any setup

Each organisation has a Data management methodology, even if it hasn’t explicitly articulated. A company can typically fall in one of four stages with respect to how mature its data management methodology is. For an organisation in each stage, there is a tactical option and a strategic option. On a tactical level, the company can optimize its current infrastructure to extract the best understanding of its business possible in the current stage. The company can also raise the level of its data management infrastructure by undertaking a strategic initiative to upgrade its process and/or technology.

Some of the quick wins available to an organisation in each stage is given below:

As manufacturing enters challenging times, there is ever more pressure to improve efficiencies, and deploy technologies that can give them an edge. Big data analytics thus comes into the picture in a way, and heralds the next wave of the Industrial revolution, coined as Industry 4.0.

Analytics, if leveraged effectively, can impact every step of the manufacturing process and empower leadership teams to be more proactive planners, and make better strategic decisions. These would then drive efficiencies and lower cost, along with giving mental bandwidth to the leaders for exploring avenues of driving business growth.