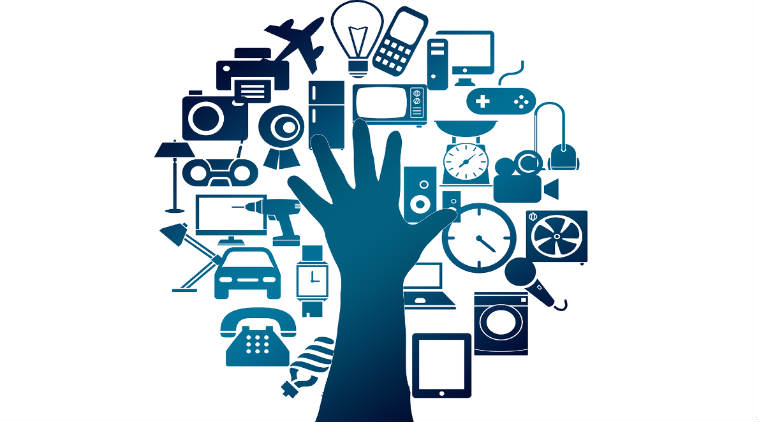 The fundamental need for IoT

Our hunger to improve our understanding has led to an insatiable thirst for knowledge, information, and thus, data. On the factory floor this is how data collection has evolved over the years.

The primary roadblock with this evolution is the word ‘output’. It is a methodology which captures only lagging data. While it may help to plan and adapt on subsequent stages, the data does nothing to locate potential problems in the area from which it has been collected.

This is the primary case for an IoT enabled factory. The vision of IoT initiatives are typically to capture real-time data of the business area and use that to accelerate decision making for the area. Simply put, the earlier an anomaly in the process is identified, the sooner it can be fixed, and the cheaper it will be to correct any problems arising from the anomaly.

The standard architecture of an IoT implementation on the shop floor looks something like what is given below:

What makes for a successful implementation (or not)

An IoT implementation, like any other project, can either soar to success or crash to failure. Fortunately, understanding what goes into a successful implementation, and vice versa, and quite well understood. These checks are listed

When the standard speed of analytics isn’t enough

While setting up the IoT platform, there are bottlenecks which come up and have the potential to derail the implementation, and raise questions on the validity of IoT for the organization. Some of these are:

In situations such as these, a key concept comes into play. The IoT implementation can be designed with an ability to perform primary data analysis and deliver basic insights at the device level itself, without moving data to the cloud. This is formally known as Edge analytics, as the data analysis is done at the edge of the network, before the data is pushed into the central datastore via the communication channel.

What is Edge Analytics

Simply put, Edge analytics is the collection, processing, and analysis of data at the edge of a network either at or close to a sensor, a network switch, or some other connected device. With the growing popularity of connected devices with the evolution of Internet of Things (IoT), many industries such as retail, manufacturing, transportation, and energy are generating vast amounts of data at the edge of the network. Edge analytics is data analytics in real-time and on site where data collection is happening. Edge analytics could be descriptive or diagnostic or predictive analytics.

As we have already discussed above, the primary objective is to provide immediate feedback based on analysis of data received from a sensor in real-time. A secondary objective is also to reduce the load on central data analytics resources.

In today’s world, computing power and storage are both considered cheap hence the need to control data stored and analysed may seem anachronistic. What needs to be appreciated is that with more sources of data, the data grows in step, whereas the analytical load increases exponentially. Thus, it can escalate into a serious resource crunch and impact the scalability of the solution. There is a case for edge analytics to help manage additional resource requirements by decentralizing the computing load.

Where Edge Analytics comes into its own

Oil rigs have been pioneers for edge analytics implementations. They have the double whammy of needing real-time analysis to manage critical and potentially life-threatening equipment, and suffer from connectivity constraints that prevent a quick turnaround of feedback from the central data analytics platform.

Schneider Electric utilized Edge analytics to deliver real-time insight using the infrastructure on the rig itself. Data was processed to prepare machine learning models, which are trained on powerful central resources. The models themselves are relatively much lighter on computing resources to make actual inferences, and can thus be put on devices placed on the rig itself. Therefore, Schneider Electric was able to deliver predictive insights on the device layer itself, giving much more accurate data for the Oil rig operators to work from.

Even though edge analytics is an exciting area, it should not be viewed as a potential replacement for central data analytics. Both can and will supplement each other in delivering data insights and both models have their place in organizations. One compromise of edge analytics is that only a subset of data can be processed and analyzed at the edge and only the results may be transmitted over the network back to central offices. This will result in ‘loss’ of raw data that might never be stored or processed. So, edge analytics is OK if this ‘data loss’ is acceptable. On the other hand, if the latency of decisions (& analytics) is not acceptable as in-flight operations or critical remote manufacturing/energy, edge analytics should be preferred.